Owner, Cliff Allbutt, comes from a long family history in the Mining and Drilling Industry. His Grandfather, Rod McIsaac, founder of Midwest Diamond Drilling in Flin Flon, MB, which grew to be an international company and was later bought by Major Drilling Corp.

Cliff, followed his family’s steps and started working for the family business, drilling for Midwest in Ontario, Manitoba, Saskatchewan, Alberta, and the North West Territories. He also drilled for D.W. Coats in British Columbia and the Yukon. He returned to the Industry in 1996 and opened Allbutt Mining Supplies.

Since the successful launch of the Tuffy558 and the Billy Boy line of Core Cutting Diamond Blades, we have proved that a good quality blade is worth the investment. 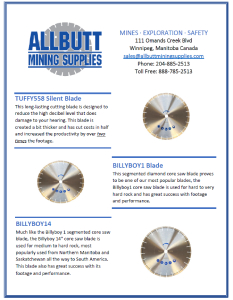 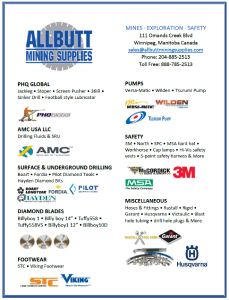